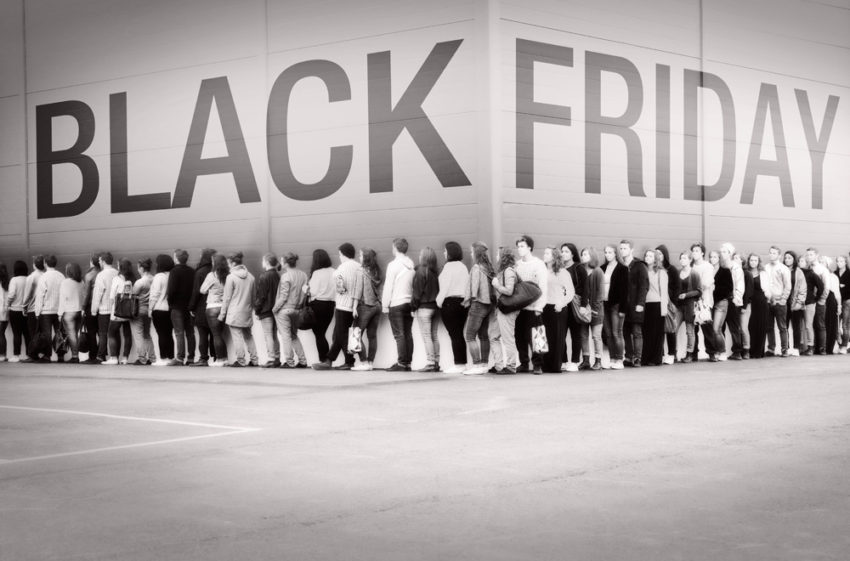 For those of you who say you can’t have too much of a good thing your optimism has been rewarded.  Corporate America has successfully managed to fuse that annoying gap between Halloween and Christmas by simply squeezing out Thanksgiving and extending the most wonderful time of year by nearly a month. By the time Jack O’ Lanterns have grinned their last grin and just before the prices of Halloween candy have been slashed in half, the strains of a high pitched, prepubescent Michael Jackson singing “Up On The Housetop” can be heard through the aisles of every department store in the land.  Corporations have cracked the code on how to turn Christmas into a two month event by forcing the Yuletide spirit down our throats before the turkey can even be carved.

In truth corporations have done us a great favor by ridding us of the bland, nearly worthless holiday that Thanksgiving represents.  The idea of celebrating the story of a bunch of uptight Puritans breaking bread with a pack of half naked wild savages seems like a scam dreamed up by pumpkin advocacy groups to trick consumers into further pumpkin related purchases.  But thanks  to a clever corporate strategy of streaming holiday music and putting up the Christmas trees a full three weeks before Thanksgiving, the mundane act of celebrating  pilgrims and turkeys in November has been replaced by visions of sugar plums and iPad’s dancing in our heads.

However, as Apple has proven, it’s not enough to simply dominate the competition you have to eradicate it completely.  While a corporate fueled Christmas doesn’t have the luxury of taking Thanksgiving to court over patent infringements it has done the next best thing by infringing on the one day of the year that turkeys could count on being the main course. Even “Black Friday” is in danger of being replaced by the newly named holiday “Thanksgiving Thursday”, a magical time of the year when retail employees sacrifice a day with family to instead spend it with hordes of crazed, desperate shoppers chomping at the bit to save a few bucks.

The shopping free for all that used to dominate the Friday after Thanksgiving has now been pushed ahead to Thursday which has ruffled the feathers of a few purists who still believe that we need a holiday to celebrate overeating and football for which we already have Super Bowl Sunday.  It’s true that some corporations like Kmart may have pushed the limits by announcing that they will open at 6 a.m. but then again its Kmart so nobody will actually notice.  However it’s the big boys of retail that have made their Thanksgiving presence known with Wal-Mart and Best Buy opening up at 6 p.m. along with Target and Macy’s a few hours later.

Before people start criticizing these Christmas loving retailers for trying to render Thanksgiving obsolete it’s important to remember that those brave shopping gladiators will still need a good meal before heading out into battle. There may be some who will moan and groan about employees having to work on the holiday but corporate America has that covered.  Wal-Mart has said they will graciously be serving what will undoubtedly be a grand Thanksgiving feast for employees during their mandated lunch break.  Let’s also not forget that Wal-Mart will be paying those lucky employees who didn’t get their hours cut in the weeks leading up to Thanksgiving or fired for protesting, a reasonable amount of overtime pay and 25 percent off any store purchase.

The Christmas spirit is very much alive during these frenzied shopping binges for limited availability of $300 laptops and $100 televisions that feed the fire of shoppers who wait for hours in freezing weather to celebrate the season of giving.  While it’s tempting to dwell on the fact that occasionally a Wal-Mart employee is trampled to death or that fist fights often break out near the $3 DVD bin, it’s all in the spirit of giving.  Elbowing another shopper in the face in order to get a gift for a loved one is an admirable effort that shouldn’t be overlooked.

A corporate inspired Christmas is as innovative as Apple’s  iPhone 5c, full of color and consumer frenzy, whereas Thanksgiving is as antiquated and relevant as a Blackberry phone and deserves to die a similar ignominious death. While there may be some who will mourn the demise of Thanksgiving the idea of having an extended Christmas season full of manufactured cheer and Taylor Swift singing “Santa Baby” over and over will surely warm the hearts of even the coldest Tom Turkey.