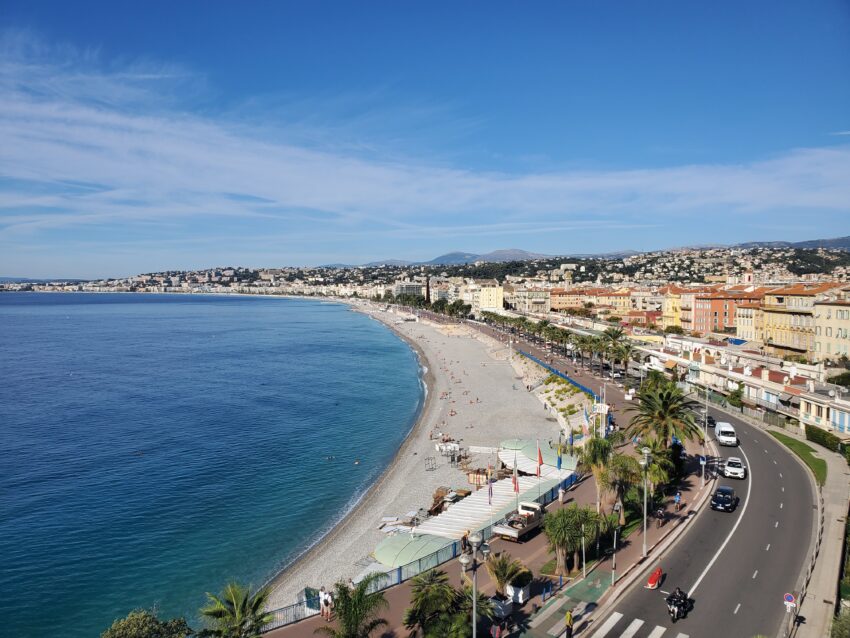 There is nothing quite like experiencing something for the first time. As adults its the closest we can get to connecting with our childhood when nearly every day was filled with the excitement of experiencing something new. But then of course we get old and jaded and the rare times we actually get to experience something for the first time becomes farther and further in between making the few times we do experience something new worth remembering. However there are certain first time experiences that stand out more prominently then others, for example a first kiss isn’t quite as memorable as losing ones virginity which is why it stands to reason that  I don’t remember seeing the Eiffel Tower for the first time as clearly as I remember my first experience on a nude beach in France.

Before I go any further I should further clarify that a good portion of the blame for my semi perverted but totally understandable actions fall directly onto my parents. After all what kind of parents drag a sex crazed teenager half way around the globe to the stunningly beautiful coastline of southern France and let him roam free on the beaches of Nice where naked women instinctively flock like the salmon of Capistrano? The obvious answer to that question is the best damn parents a teenage boy could ever hope to have. Yet they still deserve to shoulder the majority of the blame for my reckless and again totally understandable actions on that wonderful eye opening afternoon.

So there I was minding my own business on the beach with a cold Coca Cola in one hand and my feet blissfully encased in the warm sand staring out into a deep blue ocean that sparkled like diamonds in the afternoon sun when suddenly my solitude was interrupted by two impossibly beautiful young female specimens that clearly represented the best example of carefully crafted French gene mixing. In that moment I finally understood the true meaning of “Vive la France” and my relaxing day at the beach was all at once ruined and yet wonderfully enhanced.

From this moment forward I will only refer to them as that “stunning brunette” and the “gorgeous blonde” because while I have long since forgotten their names I will certainly not forget the sequence of events that transpired on that afternoon of surf, sand, and teenage lust. Despite all the open space around me those two French eye ticklers chose to make their nest not three feet to my left and right in my line of sight, assuming of course my natural line of sight included the unnatural act of constantly shifting my eyes as far to the left as humanly possible without actually moving my head.

I was quite certain that in the eye popping moment when they removed their sundresses to reveal two of the skimpiest string bikinis to ever grace the female form that I experienced my first eye related orgasm. Up until that point I wasn’t even sure that such a thing existed, but my friend I assure you that it indeed does. I quite literally felt the need to pop my eyes back into my sockets as well as another not to be mentioned appendage. But again cut me some slack on the judgement that I can feel being thrown my way, it was the first time I had ever seen a girl in a French bikini.

Now even though I have already set the tone of shifting blame by implicating my parents I will at least admit that they didn’t raise a total heathen and I was taught that a gentlemen didn’t stare much less leer with a salaciousness I didn’t even know existed, which ironically yielded yet another first time experience. So after taking several mental snapshots I refocused my sight on the ocean in front of me and tried to ignore the sounds of their beautiful sexy voices speaking the language of love in a accent that was, well, French. Their voices drifted over to me like two teasing hands that grabbed hold of my eyeballs and forced them to shift to the left yet again despite my gentlemanly instincts screaming at me to stay focused on the suddenly unappealing view of the ocean.

Perhaps I would have stayed the course of the righteous if I hadn’t caught a glimpse of the stunning brunette reaching behind her back to loosen and presumably untie the strings of her impossibly thin string bikini top. In that moment my gentlemanly instincts were swept away by a gentle breeze into the Mediterranean sea never to be seen again. As that stunning brunette finger’s begin to fumble with those intrusive strings my eyes were so far shifted to the left that my head was forced to turn ever so slightly to get a better view and thus expose myself as peeping Tom.

What brief feelings of guilt I had left in my system were quickly swept away by the same breeze that stole my gentlemanly instincts when I witnessed the gorgeous blonde also begin to fumble with the strings on her bikini top. An executive decision was instantly made from the bottom up and I went from slightly staring to blatantly staring which represented my last line of defense before engaging in all out leering. At first my mind couldn’t comprehend what was happening my American instincts told me that there was no way they were about to take off their tops because they were in public for the love of all that asks us to be clean in our thoughts and actions.

But then I recalled a scene from “National Lampoon’s European Vacation” where Rusty is treated to a surprise of a European girl he just met unabashedly removing her top. Much like Toto I suddenly realized I wasn’t in Kansas anymore, I was just about to experience a “European Vacation” of my own. So this became the source of my justification to continue my staring and the slow but surely turning of my head towards my soon to be topless muses.

From this point on a sequence of unforgettable events began to unfold in slow motion like the timeless scene in “Fast Times at Ridgemont High” when Phoebe Cates slowly removes her top to the delight of countless male viewers that were left seeing red for the rest of their lives. I was treated to a rare double feature of two tops being slowly removed which coincided perfectly with the full movement of my head twisting like a top with my eyes bugging out and my jaw dropping in perfect synchronicity to the strings being moved over their shoulders and pulling the rest of their bikini top away revealing forbidden French flesh.

But first I feel the elitist and  intellectual urge to justify my exploration of the flesh through academic theory. I believe it was Sigmund Freud or perhaps that X-Files guy from “The Red Show Diaries” that attributed the male fixation of women’s breasts with our reliance as an infant to sucking at our mother’s teat. But I’m pretty sure its due to the fact in the United States we assign the idea of exposed breasts to being taboo and so naturally it drives males crazy.

I admit that as thrilled as I was to see the forbidden fruit of the those French beauties it was balanced out by a feeling of discomfort and guilt that I was doing something wrong and immediately assigned shame with that guilt.It wasn’t just a sexual thrill that I was experiencing at the beach that afternoon but the foreign feeling of feeling guilty for seeing something that at least to the people of France was perfectly normal. This sense of guilt in part tempered the level of excitement and appreciation that I should of been feeling as those two French songbirds began shaking out their feathers.

I remember that uncomfortably exciting mix of sex and guilt conjoining in perfect harmony as much as I do the events that transpired after the stunning brunette fully returned my stare and invited me to join them in all their flesh forbidden glory. But that will have to remain a story for another day because much like any good sexual tease there is always a price to pay to reach the climatic conclusion and that my friend is the cost of buying my upcoming future bestselling novel “Fear and Loathing on the Nude Beaches of France” due out at the end of the semester and sold by Amazon. Until then you will always have the fond memories of a topless Phoebe Cates to keep you warm on those cold winter nights. Enjoy!