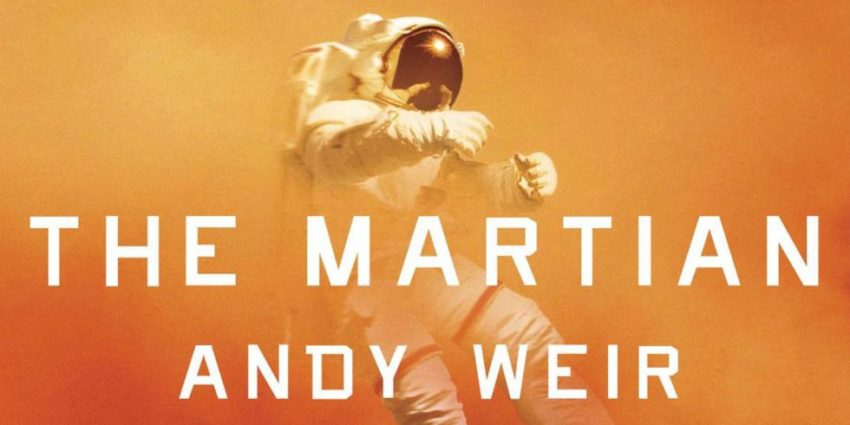 If pop culture has taught us anything it’s that America loves success stories, particularly the type of success story that practically transpires overnight.  The idea that fame and fortune can happen to the everyday person is something that every American fantasizes about while slaving away in their work cubicle. Many dream about it but few actually experience the sweet taste of turning a hobby into a career. Former computer programmer and cubicle dweller Andy Weir is one of those lucky few.

Pop culture has also taught us that American’s have a love affair with science fiction and particularly a fascination with Mars which Weir has capitalized on with his best selling debut book “The Martian.”

“There is something about Mars that captures your attention,” says Weir. “Science fiction has always had a fascination with Mars all the way back to ‘War of the Worlds’ which was arguably the first science fiction novel ever.”

Weir has been intrigued with science fiction since childhood when he would raid his father’s bookshelf to read sci-fi classics by Isaac Asimov, Robert Heinlein, and Arthur C. Clarke to name a few which he admits put him about a generation behind the more modern science fiction of today.  However it gave him enough of a foundation that despite taking three years off from work to get published  as a writer and not reaching his goal, Weir never gave up on his dream of writing sci-fi.

Weir started writing “The Martian” in 2009 by posting one chapter at a time to his website which had a small core of loyal readers, who like Weir, were self professed technology geeks. “The Martian” follows the survival efforts of astronaut Mark Watney who is mistakenly left for dead on a Mars space mission gone wrong. After surviving a vicious sandstorm, which Weir admits would be impossible due to Mars thin atmosphere, Watney is forced to survive the inhospitable terrain of Mars until he can be rescued. What makes Weir’s novel so appealing to readers is that it’s grounded in science and almost everything that happens in the book is plausible.

“I did a huge amount of research, everything you see in the book is as accurate as I could make it,” says Weir. “ I wasn’t thinking about a book, I was just thinking about whether we could do a manned Mar’s mission, how would we get them there,  how would they come back, what would they do when they were there and then I realized that makes for a pretty interesting story.”

An interesting story is an understatement as Weir’s book was initially self published and then became an Amazon Kindle bestseller which caught the attention of major publishers with Weir eventually selling the print rights to Crown Publishing Group and later seeing his novel debut on the New York Times Best Seller list. As if living the impossible dream of becoming a bestselling author almost overnight weren’t enough soon Hollywood was knocking on his door wanting to buy the movie rights to his book. After a rather arduous back and forth process the rights to Weir’s book were sold and is currently in production as a major motion picture being directed by Ridley Scott and starring Matt Damon.

“I’m so thrilled that their making a movie out of it but it’s not like there is this one moment where they come over and hand you some balloons and say its been green-lighted,” relates Weir. “It got really exciting once Matt Damon and Ridley Scott were aboard. Eventually it got to the point where they started shooting and I was like okay it’s really happening.”

Though Weir hasn’t been offered a Stan Lee style cameo in the movie the studio offered him the opportunity to come visit the set and watch them film for a day which for most people would be a great opportunity but  Weir, unlike his fictional astronaut creation Watney, has a fear of flying.

“They haven’t offered to put me in the movie in any kind of cameo but they told me I could go visit the set if I wanted,” says Weir. “Problem is I’m afraid of flying and its filming in Budapest so it’s not like driving from my home to Los Angeles.”

Weir admits that Watney is based on his own personality but that Watney is much braver, smarter and without any of his own flaws including a fear of flying which would of course derailed Watney’s career as an astronaut. Though Weir wishes he was more like Watney he will likely have to find another swashbuckling MacGyver like character to live vicariously through.

“I would love to wildly capitalize on the success of ‘The Martian’ but I just cannot think of a good story to be a follow up,” says Weir.  “I’m sure people would enjoy reading about what happens when they get back to earth.  That would interest you for a chapter but after that you’re going to want something interesting to happen and I’ve got nothing.”

What Weir does have is an idea for an entirely new story that he is already hard at work on now that he successfully made the transition from aspiring writer to best selling author.

“I’m working on my next book now and its tentatively titled ‘Zhek’,  it’s a traditional science fiction book, it has aliens and telepathy so its not a hard sci-fi like ‘The Martian’,” says Weir.  “It’s your basic ordinary science fiction story that has no overlap with ‘The Martian’ and it takes place in its own setting.”

While many authors would probably be sweating bullets at trying to figure out what to do as an encore for a wildly popular novel Weir has already proved that he has the resiliency and talent to sustain his success as shown by the very provocative first line of “The Martian” that absolutely draws in the reader like a magnet.

“I believe you have one sentence to convince a reader to read the first paragraph and then you have that first paragraph to convince them to read until they turn the page and then if they turn the page you probably have them for the chapter,” relates Weir. “It’s like starting a car, a sequence of steps have to happen to get the engine idling.  So it’s really important that the first sentence gets their attention.”

One thing is clear, with a best selling novel already under his belt and a star studded Hollywood movie based on his book in full production, Weir certainly has the attention of readers all across the nation.