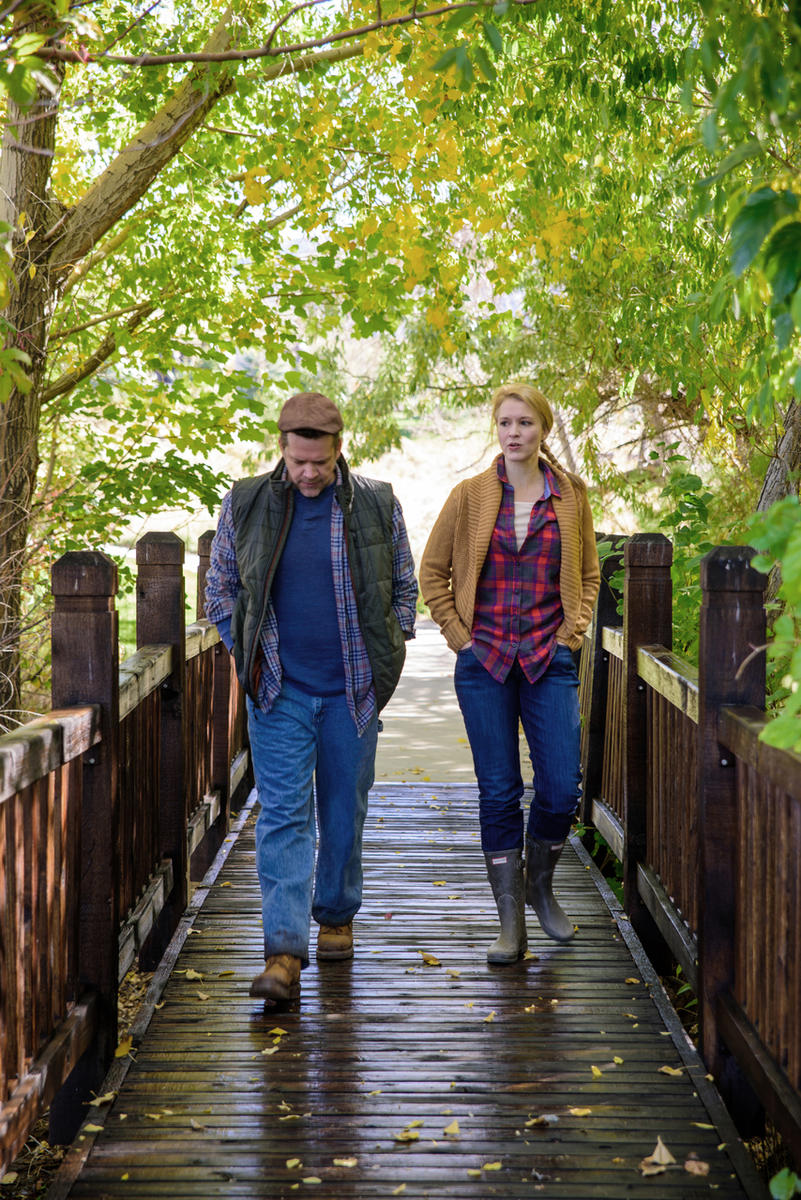 As the dark gray gloom of November descends upon the Salt Lake Valley, it brings along with it a sense of finality to our sunny season in return for bitter cold and snow. It hardly seems like a fair trade, but life — apparently — isn’t fair. Still, we persevere in hopes of sunnier days on the horizon. These themes are explored in “Outside Mullingar,” which opened last Friday at Pioneer Theatre Company.

The chill of the fall season works perfectly to set the mood for “Outside Mullingar,” which takes place in the modern-day Irish countryside and predictably opens with the sound of pounding rain. The play is relentless in its theme of doom and gloom, presented in a strangely appealing authentic beauty by its talented and engaging cast.

The play, written by award-winning playwright John Patrick Shanley, explores themes of death and an ongoing land dispute between longtime neighbors Reilly and Muldoon families. Despite a seemingly never-ending rain that provides a visceral backdrop, it’s clear there is a glint of a clearer sky on the horizon that will allow a long-dormant romance to finally bloom between two farmers on the wrong side of thirty, played superbly by Tom O’Keefe as Anthony Reilly and Amy Bodnar as Rosemary Muldoon.

It’s the hope of sunnier days ahead that keeps the audience engaged in what seems like a hopeless story of regret, wasted time and the impending deaths of Anthony’s father and Rosemary’s mother. Max Robinson plays Anthony’s father and gives a stellar performance, providing just the right amount of crankiness for comedic relief while also introducing us to his own plight: whether he should leave his farm to a son who cares nothing for farming, while he is also trying to resolve a decades-old land dispute with the Muldoon family.

But the meat and potatoes of this riveting storyline is Rosemary, as she continues to wait for Anthony to knock on her door and finally reciprocate her love for him. Her patience, along with the audience’s, wears thin as the broody Anthony continues to mourn for his own lost love, which is blinding him from Rosemary’s overtures.

Bodnar in particular stands out with her portrayal of Rosemary. Her performance is at once the image of an independent, powerful woman as well as a delicate flower desperate to bloom. It’s her raw, impassioned performance that ultimately carries the production, giving her character just the right amount of realistic emotional depth and humor that allows the audience to become completely engrossed in her yearning.

“Outside Mullingar”is a wonderfully pragmatic story that illustrates that love has a timeline of its own, highlighting the silver lining in the clouds that good things come to those who wait.

The season of change that is upon us serves as a perfect palette for the artistry of “Outside Mullingar”to flourish and resonate with the audience. Yet despite its dreary, bleak overtones, the play never backtracks on its promise of sunnier days ahead and serves as a gentle reminder to enjoy the sunny days we do have because they can often be far and few in between. Sadly, this production’s days at PTC are certainly few because, as is the nature of life, all good things must come to end