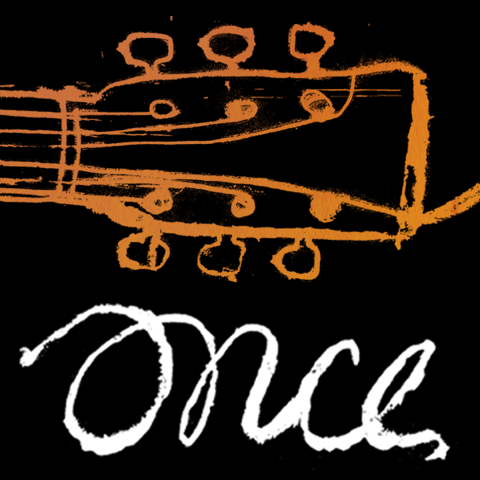 The idea of once upon a time and living happily ever after is a well used foundation for many Broadway production and while it is as predictable as it is mundane the fact remains it resonates with mainstream audiences. But every once in a while a production comes along that is brave enough to buck the trend and create something that is grounded in reality and yet can still manage to inspire on a much deeper level.  The Tony Award winning musical of Once is one of those rare production that inspires through reality and will be making an appearance in Salt Lake City at Kingsbury Hall for a limited run from April 7th through the 12th.

Winner of eight 2012 Tony awards including Best Musical, Best Actor, and Best Book, Once a truly unique Broadway experience that tells a beautiful story about love, romance, and the realities of life and sacrifice through a powerful narrative fueled by an unforgettable musical soundtrack.  Once boasts an impressive and talented cast of actor’s musician who play dual roles as both characters and by playing their own instruments in a unique format that is generally not seen on the Broadway stage.

“The musicians we have are very talented but they are all actors first,” says Erica Spyres, who plays the role of the Ex-Girlfriend. “It’s like touring the country with a band.”

Spyres is a talented and diverse actress who has been a staple of Boston’s vibrant theatre scene of the last few years but it was her background in music that helped her lock down what she describes as “a dream come true.” Spyres plays the violin as part of her character and role in the musical ensemble of Once, she began playing the violin at age three and almost gave it up as a teenager to pursue a basketball career.  Fortunately for Spyres her Mom made her stick with it and eventually she realized her heart was in music which turned out to be in her own words “a wise decision.”

She saw the movie when it was released in 2007 and fell in love with it as it served soundtrack for her life after she moved to Boston to start her career. When the chance to audition for Once came up it was a perfect opportunity to blend together her music and acting background. As Spyres relates “It was really unique to audition for a show that I knew and already loved the music.”

Even though her role of the Ex-Girlfriend is a small one it is essential to the musical as almost all of the music that Guy, the lead character, writes is about his longing for Spyres character. Although the storyline is dominated by the budding romance between Guy and the young Czech woman Girl that he fall in love with it’s the music that fuels the success of the play which is driven by the supporting cast.

“It’s important to be part of the action and support the actors in the scene,” says Spyres. “With Once we are creating a mood which is really unique especially for the Broadway scene and the focus is really on acting and singing.”

While many Broadway musicals thrive of delivering a big action spectacle that can often overshadow the story Once is a production that revels in its minimalism and instead of relying on a multitude of moving set pieces and colorful costumes the show is focused on its realistic love story and the accompanying music that sets the mood and ultimately drives the narrative with songs that will hook the audience from the first note.

“For people who don’t like musicals you will like Once. I challenge you to not like Once. It’s just not a traditional musical so don’t expect to come in and see singing and dancing with jazz hands it just not that kind of show,” relates Spyres.  “It’s a very deep love story because it’s not about guy meets girl and they live happily ever after its more about sacrificing for the sake of the person they love. The bitter sweet nature of this story lets you know how important that kind of love really is”

Tickets for the April 7th through the 12th performances of Once are available at the Kingsbury Hall box office and online at KingTix.com