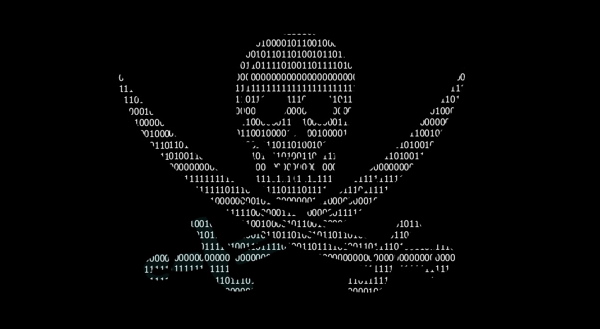 Since I don’t want to be guilty of implicating myself in a crime the following is akin to a dream confession, which is to say I’m not actually admitting guilt I’m simply just exploring the possibility of it. For example I may or may not indulge myself in the very inviting waters of Pirate Bay from time to time where there is always a veritable booty of mass media just waiting to be plundered.  It’s possible that I have joined the ranks of millions of leechers that suck at the teat of thousands of seeders who so generously give of what isn’t actually theirs to give.  And if I have joined this merry band of thieving misfits it’s also possible that the moral question of my actions occasionally cross my mind.  Let the rationalization games begin.

If I were guilty of pirating the high seas it’s not like I would be the Blackbeard of online piracy and mercilessly download media content at a rate that would put a bored teenager to shame. There are those who continuously download movies like they haven’t heard of Netflix or Hulu and others who hoard pirated music as if they weren’t aware of Pandora or iTunes.  A recent study by the British brand protection firm NetNames showed that in January 2013 over 432 million internet users downloaded media illegally and being that I wasn’t one of them because my internet was down that month I can feign self righteous indignation towards those that would plunder without a moral compass.

Were I to occasionally and responsibly pirate a few movies or television show’s here and there I would be more like the Jack Sparrow type, that is to say a pirate with ethics.  Perhaps I would download every season of” Game of Thrones” and “Curb Your Enthusiasm” but only because I’m a starving student and can’t afford the premium content of HBO. And maybe I would download a few episodes  of season nine of “It’s Always Sunny in Philadelphia” but only because the show moved from FX to FXX and I wasn’t willing to pay the five dollars to upgrade my cable package.  But I would make sure to balance it all out by dutifully paying my eight dollars a month for Netflix.

As for the music side of things I would only download the artists that I have never heard of to sample their music first before paying for an entire album. Of course I would later reward them by buying their new albums down the road. For example if I had actually downloaded the first two albums from Arcade Fire and ended up enjoying their unique sound I would naturally give some thought to buying their most recent album. However this process may not always be the most effective way to do business as the band Radiohead can attest to.

In November of 2007 Radiohead released the album “In Rainbows” on the honor system that allowed fans to pay what they felt like paying. According to the market research firm comScore, “only 38 percent of “In Rainbows” downloaders had paid, while 62 percent chose to get it for free – meaning an average price paid overall of $2.26 per download.”

While those types of statistics sound bad its really more of a reflection of the album itself which was quite frankly subpar and  not even worth the two dollar average price.  However I’m sure I would’ve personally evened the system out by purchasing Radiohead’s next album “The King of Limbs” thereby re-establishing credibility to my claim of pirating ethics.

On the subject of downloading e-books  I would have no reservations since anyone who pirates e-books is simply fighting back against the collusion of Apple and publishers who secretly agreed to join forces to raise the prices of e-books and limit consumer choice. How could anyone feel any guilt about denying hardworking authors their small slice of the pie when publishers are so greedy that they can’t even include a digital copy with the purchase of the hard copy?

While I’m sure I could go on and on with defending my unique version of piracy ethics the truth is the effort that has gone into this massive rationalization of online theft has left me rather exhausted and unable to continue. So as much as I would like to debate the distinct possibility that sailing the waters of Pirate Bay may actually constitute theft I’m afraid I will have to leave it for another day.  However I’m quite confident that with a good night’s sleep my personal moral compass will most certainly lead me in the right direction. One can always dream.