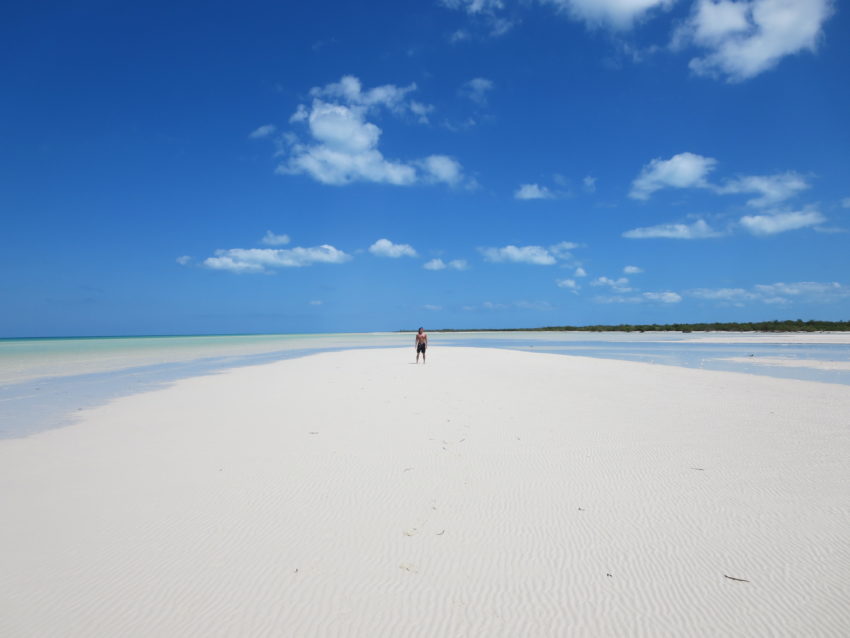 If you are reading this article it means at least two things: you are somewhat literate, for which I congratulate you, and classes have resumed, about which I share your pain and sorrow. It also means another Spring Break has come and gone, which suggests you probably wasted a chance to escape from winter’s harsh chill into the warm embrace of a sun-drenched beach and instead stayed at home binge-watching “Breaking Bad” on Netflix. If this is the case, shame on you — Spring Break should always be spent on a soft, sandy beach. Anything else is simply a travesty.

Yet there is hope for you, Spring Break slackers. There is a place where the beaches are endless and the water is always the perfect temperature. A place where the streets are filled with sand and a student’s wallet can still stay flush with cash. For a little less than a thousand bucks, including airfare, a student can spend Spring Break reveling in the picture-perfect beaches of Isla Holbox and its fiery-red, romantic sunsets. It’s an authentic Mexican beach paradise that invites travelers to feel the warm sunshine on their weary, winter-worn faces. Located 93 miles north of Cancun, Isla Holbox has a reputation for beautiful, peaceful beaches without the inflated prices of the more touristy Mexican destinations.

Isla Holbox is an island that is still dominated by fishing boats and full of long, empty, white, sandy beaches that stretch as far as the eye can see. During the morning, the water recedes into the Gulf of Mexico, leaving behind translucent, ankle-deep waters with shimmering sandbars that magically appear out of the ocean hundreds of yards from the shoreline. If lounging lazily on the beach isn’t your idea of fun, the southern part of the island is composed of mangroves and bird preserves where flocks of pelicans and packs of iguanas congregate en masse. At night, the beach restaurants come alive, lit only by lanterns and the glow of the moon while sun-kissed tourists feast on freshly-grilled fish and toast their good fortune with ice cold margaritas.

While this type of exotic beach setting would normally exceed a student’s budget, Isla Holbox is a relatively undiscovered beach hideaway where the locals still outnumber the tourists. Many budget travelers stay at the popular Tribu Hostel which offers rooms starting as low as $9 a night and is located just around the corner from the beach. While the lobster pizza is the pride of the Isla Holbox culinary scene, those on a budget can dine on delectable homemade tacos and empanadas from one of the many vendors that surround the town square for less than $5.

For the cost of a plane ticket to Cancun, a $6 bus ticket and a $6 ferry ride, you could have been sipping a piña colada while wiggling your toes in the sand, with a warm breeze blowing away the memories of a cold winter. You might have been kite surfing on crystal-clear waters that sparkle like a sea of diamonds in the bright Caribbean sunshine or combing the beach for one of the many colorful seashells that dot the white sand like jewels.

Instead you decided to stay at home and chug Mountain Dews while playing “Call of Duty” online and talking trash to some faceless rival in Timbuktu.
Fortunately, this can be rectified with a little bit of creative budgeting over the next year to avoid spending yet another Spring Break eating late-night Taco Bell and sleeping until noon. Saving an additional $80 a month would cover the cost of a week in this practically perfect beach paradise. Start by giving up that over-priced latte from Starbucks every morning and trade a couple nights a month getting drunk at a bar for getting drunk at home instead. Fewer expenses here and there will reward you with a Spring Break next year that will invade your dreams for years to come. So leave the shameful memories of this year’s debacle behind and instead plan on basking in the hot, vibrant sun on one of the many white, sandy beaches of Isla Holbox, an island paradise where the streets are paved with sand and a shoe-string budget is as welcome as sunshine on a cold winter’s day.