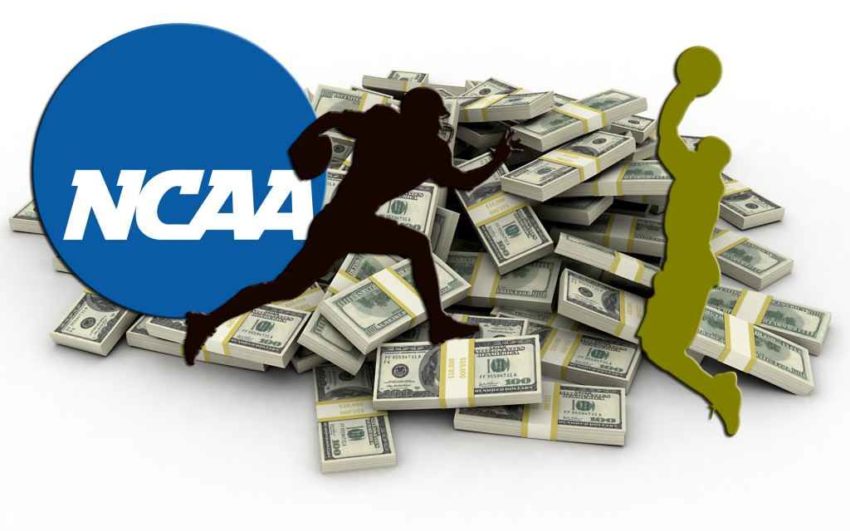 With all the recent hubbub about student athletes possibly getting paid a share of the sizable pirate booty that the NCAA rakes in every year I felt it was high time that I throw my hat in the ring as a student non-athlete and demand my fair share as well.  I can already hear the jeers from the peanut gallery raining judgment down on me because I’m not on the field scoring touchdowns or dunking a basketball. But let it be known throughout the land that my contributions to the University of Utah are every bit as important as a Dres Anderson 80 yard touchdown reception.  In fact, if anything, the entire football team should be serenading me with cheers but I’m willing to settle for some cold hard cash instead.

I’m willing to concede that the reason 60,000 fans are shelling out  big bucks on Saturday afternoons at Rice Eccles stadium is to watch warriors battle it out on the gridiron and not a bunch of rowdy MUSS members whooping it up in the student section. That said I’m not asking for a share of ticket sales, my contribution is my fierce red and white painted face combined with alcohol fueled gyrations that adds as much entertainment value on network television as a Travis Wilson touchdown run.

Last season I spent countless precious hours painting my face before every home game when I should have been studying for that chemistry class I failed. That thick ruby red color on my face that the ESPN commentator thought was paint? That was a mixture of blood, sweat, and tears my friend.  Those flashing fanatical red eyes they said made me look like the devil incarnate? All natural and the primary reason I missed the majority of my classes with a severe eye infection during fall semester last year.

My contributions go far beyond Saturday afternoons at Rice Eccles stadium.  I’m every bit as much part of the recruiting process as any coach at the U of U. They can talk the talk all they want to potential recruits but once they get them on campus for an official visit is where my value lies. It isn’t the coaches that are arranging those wild fraternity parties with the perfect mix of women, debauchery and liquor that will inevitably convince recruits to come the U. I’m the guy who takes one for the team when the girl I bring to the party goes home with that prized recruit and gives him multiple reasons to commit to our proud institution.

But I’m more than just a party pimp for our valued student athletes I also serve as their academic valet. I’m the one who gathers notes from the students who actually went to class and passes them along to those in need. And let’s not forget that it’s my failure to cover up my multiple choice answers on test days that helps our student athletes maintain their academic eligibility. In between painting my face and driving up to Evanston to buy amped up libations to fuel frat parties I study just hard enough to make sure that every student athlete who looks over my shoulder during tests will at least get a “C”.

It’s equally important to point out that my other non athletic related offerings are just as beneficial to the university. Despite the fact I have free public transportation at my disposal I still choose to buy an overpriced parking pass for a parking spot that is as mythical as the idea that a degree not grounded in science is worth the paper it’s printed on. While most student athletes are using their meal stipends at the food court I’m the sucker who pays full price for an artery clogging Panda Express three item combo plate that I can’t afford from both a financial and health perspective.  And let’s not forget the countless late night study sessions with my fellow female classmates that yields a burning desire by both parties involved to visit the university clinic the next day.  I have no doubt that health insurance providers are most appreciative of my intense study habits.

I’m a regular jack of all trades when it comes to my many diverse contributions to this school and I feel that I should be in line along with student athletes for any financial handouts. Just because my mug won’t ever appear on the cover of Sports Illustrated or on an EA Sports NCAA Football game doesn’t mean I’m not entitled to a small slice of the NCAA’s billion dollar pie. But hey I’m not a greedy guy, I’m not looking for a million bucks, quite frankly I’d settle for my tuition being covered and some medication for my ocular herpes, after all the football season is just around the corner. It’s face painting time!