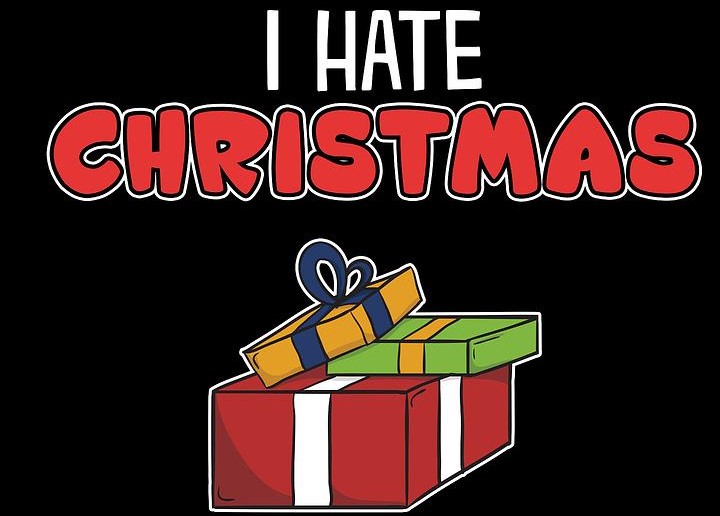 This year Christmas came early for me in the form of a brilliant idea that will have people cursing my name or singing my praises. No longer will I spend the month of   December racing like a rat through a crowded mall fighting off other shoppers for the chance to buy a gift that will end up gathering dust or given away as a white elephant gift at an office party.  I have decided to celebrate the Christmas season by giving my friends the most thoughtful gift of all. The gift of absolutely nothing.

My incredibly innovative and rational idea of celebrating the Christmas season by neither giving nor receiving puts me somewhere in the range of Santa Claus and the Grinch.  While I’m not giving any physical gifts to my friends this year I’m in actuality giving them the gift of not having to buy something for me.  Nor am I trying to steal the spirit of Christmas from them but rather attempting to enhance it by giving them the opportunity to celebrate the season by giving unto themselves.  Allow me to explain.

First of all I need to make it clear that this somewhat self serving idea doesn’t extend towards family which is a different obligation all together. I can’t deny my parents the cologne and perfume sets I order for them from France every year being that they did change my diapers and had to deal with the stink of my adolescence.  As for my siblings we have no such commitment and we simply re-gift the gifts we received the previous year to a different sibling.  But as for friends and significant others the idea of not giving gifts at all is truly a win, win situation.

The idea initially spawned from spending several Christmas’s with an ex-girlfriend who gave cheap gifts that were devoid of any thought or personalization.  At one point I tried to circumvent the process by dropping hints that I could really use a new basketball and showed her the brand that I knew was within her price range but still not the one I preferred. Perhaps if we had simply agreed to just not get gifts for each other we would still be together and I would have the basket ball I actually wanted.

However, failed relationships aside, think of the money that is being wasted on gifts we give to each other that nobody actually wants or appreciates. Every year I choke back the disgust of buying a friend of mine some Green Bay Packer trinket that I never see him use in exchange for a box of overpriced exotic pears that I just end up giving away anyway. It’s an insult to both of us. The Christmas season would be far more joyful if we took that carefully calculated $40 we spend on each other and spent it on ourselves instead.

The spirit of the season would never be more evident than at a Christmas get together with close friends where we show off the fabulous gifts that we bought for ourselves followed by a warm holiday handshake full of good cheer and money well spent. Imagine the joy and excitement of seeing a friend enjoy exactly the gift they wanted that we ourselves would have been to cheap or thoughtless to ever think of buying for them.

This holiday season I will be making a list and checking it twice and for once it won’t matter if I’ve been naughty or nice. It will be full of the promise of things I actually want and may finally be able to afford without the guilt of feeling like I should be spending that money on someone else.  I have no doubt my friends will fully appreciate  my efforts at turning Christmas into the season of self giving and if this outreach of goodwill fails to resonate than its likely that next year I will have no choice but to buy gifts for myself. Like I said it’s a win, win situation.